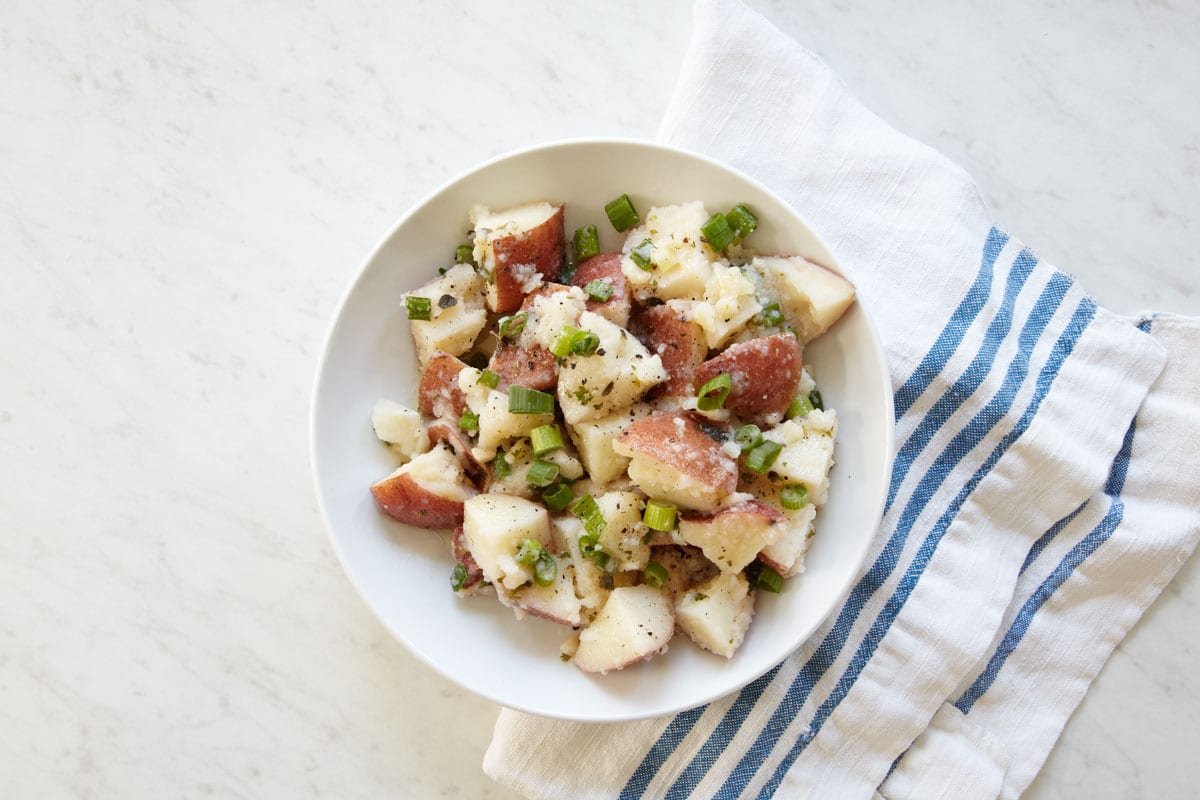 While it’s true that my most favorite time to eat paleo potato salad is in the summer at a barbecue, I’ll admit that I love it so much that I can eat paleo potato salad anytime, anywhere. There’s no question that my love for potato salad originated because I grew up in the south, where it is brought to every barbecue, every church luncheon, and, well, everything 🙂 One thing I don’t love about traditional southern-style potato salad, though, is the hard boiled eggs… I’m not an egg person (unfortunately!), so that majorly turns me off to it. UNTIL I experienced Zoës Kitchen Potato Salad. It has a light and refreshing vinegar base and a Greek flare too it… I LOVE it, and I’ve recreated it here for you!

So stop running by the grocery store to buy pre-made potato salad… I know, I know. It’s SO easy. But I promise the taste of this Whole30 compliant Potato Salad will make it worth the minimal effort it takes to whip it up! And it will help you avoid the preservatives, soy-based mayo, and sugar put in the store-bought varieties.

This recipe is best made and enjoyed fresh, but can be stored in the refrigerator for 2 days.

Do you generally LOVE potatoes like I do? Check out this Whole30 and Paleo Approved Mashed Potato recipe: they’re even better than regular mashed potatoes, I promise!! 🙂

Want to save this Whole30 + Paleo Potato Salad Recipe Inspired by Zoës Kitchen for later? Pin it here! 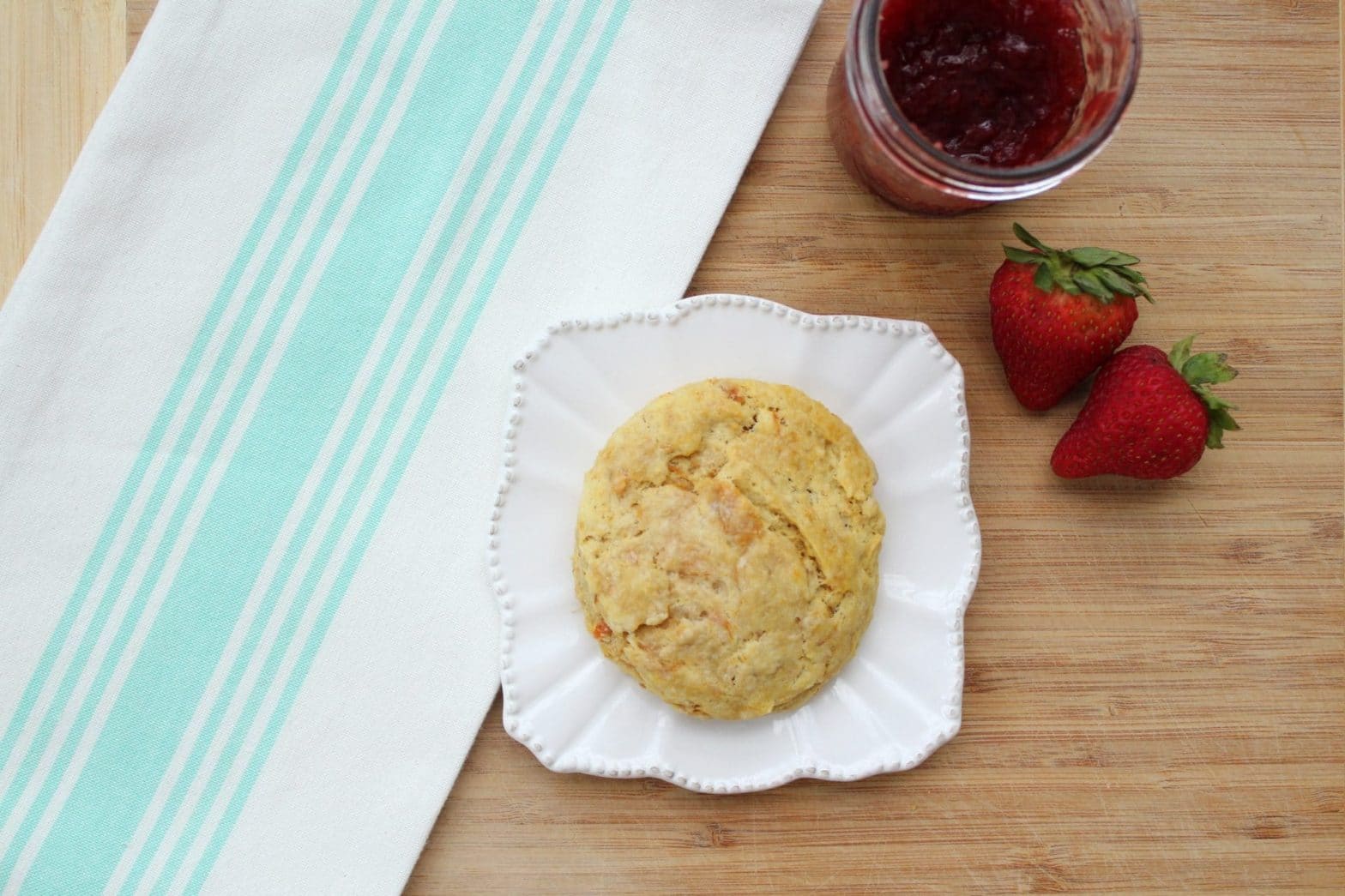 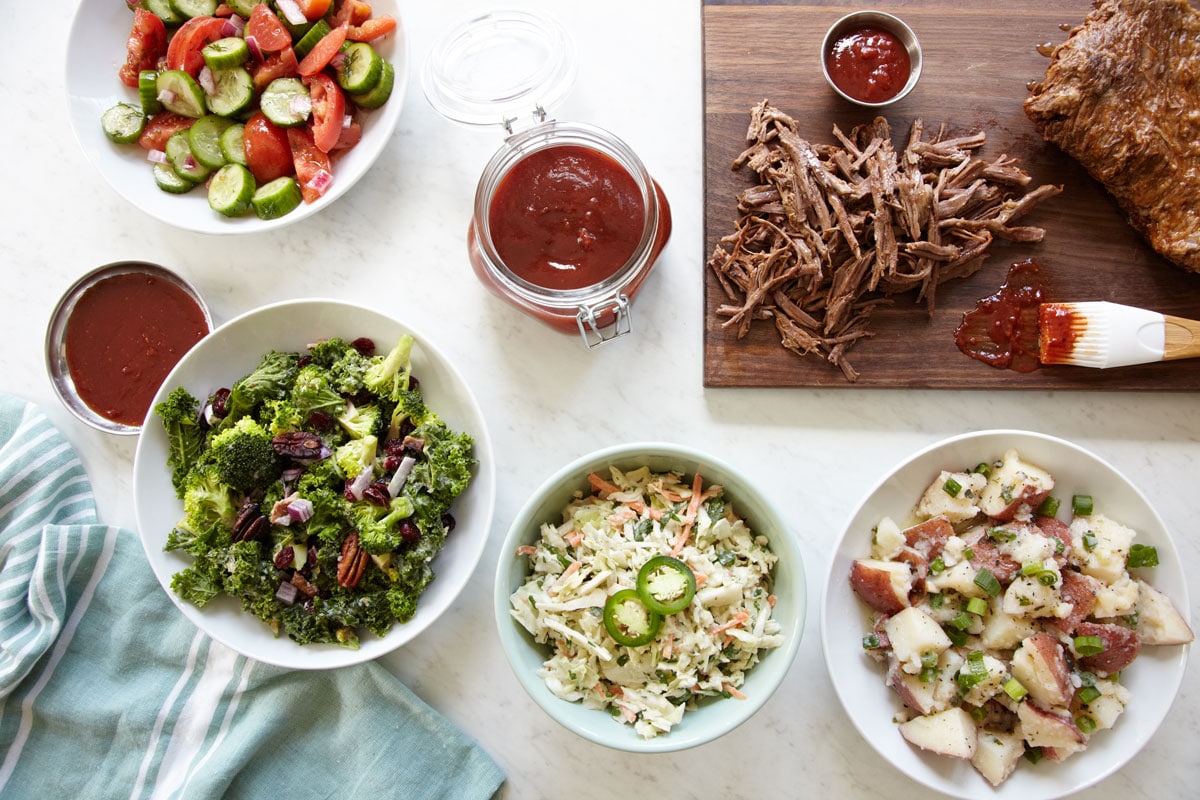 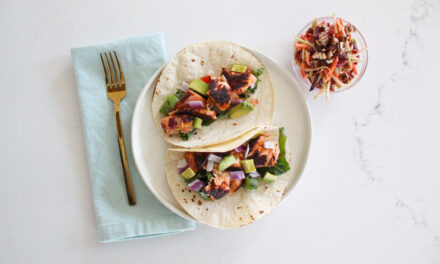